After much delay and several long sleepless nights, our team is very proud to release the next flagship version of our operating system – SuperX 5.0 “Lamarr”. This version is dedicated to the Austrian-American film actress and inventor, who is one of the pioneers of wireless communication, the great – Hedy Lamarr.

With this release, we highlight our approach to innovation, while maintaining our friendliness and focus on design and beauty.

Keeping the focus on design

Like our previous release, we have tried to make Lamarr a beautiful desktop with design elements being minimal and clean. It features a contrasting and sharp design theme inspired and derived from the Nitrux desktop. In Lamarr, we have simplified Plasma 5 by removing many controls which may confuse the everyday user. 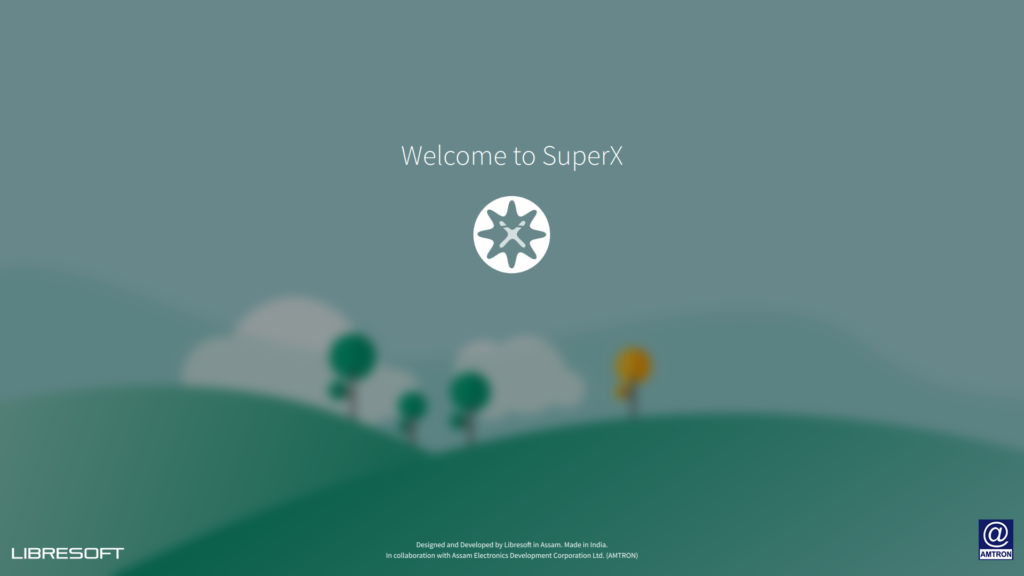 The desktop design has been kept traditional and minimal with modern design cues featuring a white color scheme by default. 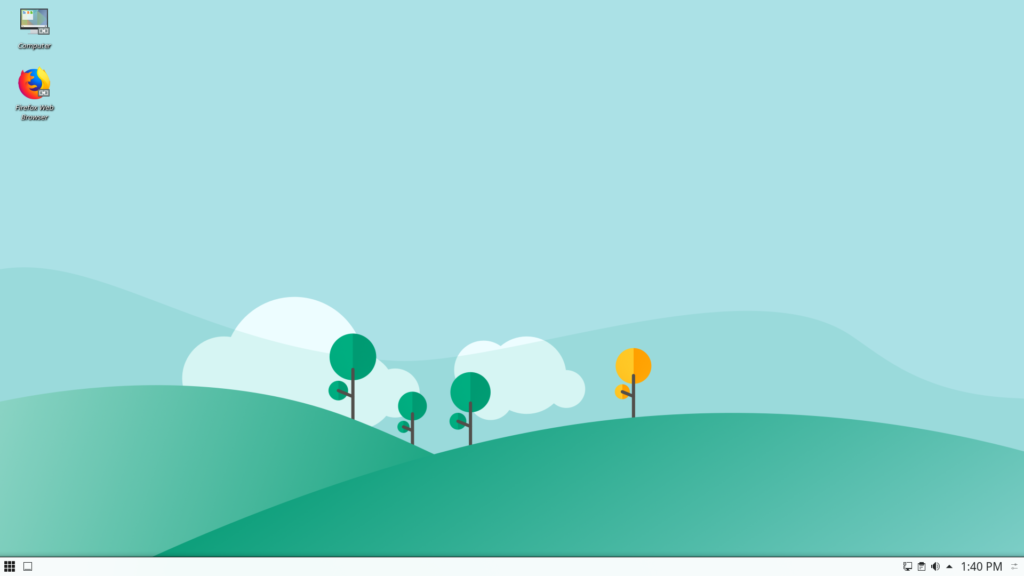 The Plasma 5 Panel has been modified to keep a minimal set of configuration options, which we feel is helpful to new Linux users, who may otherwise get overwhelmed by the power of customization Plasma offers out of the box.

The application launcher is the key element of any operating system, and we had to make very tough choices when deciding on the default launcher for SuperX 5.0. After going through many available launchers and customizing them to suit our needs, we finally decided on the full screen Application Dashboard. 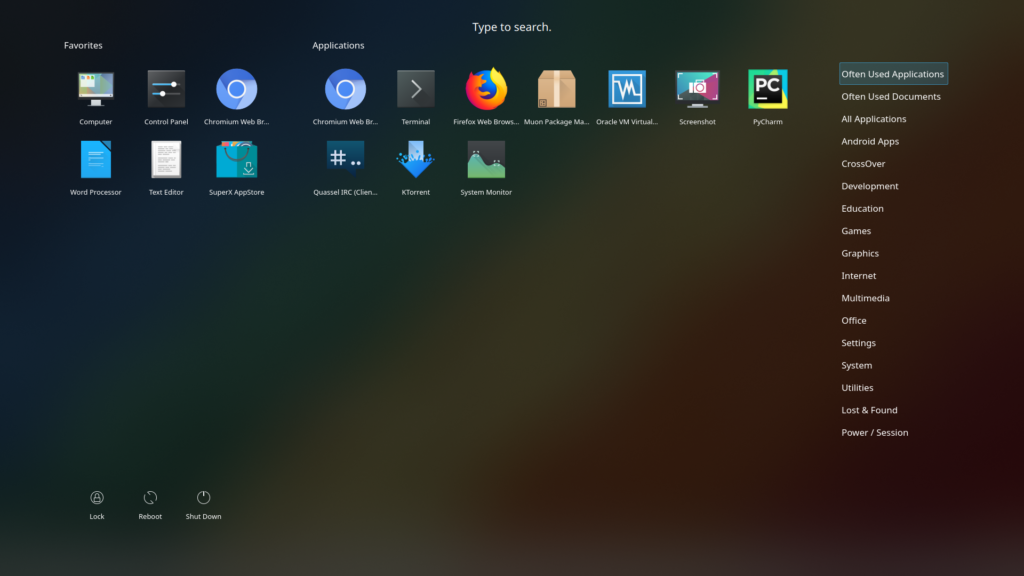 The Application Dashboard has been modified as well, to make it look cleaner, and we have again removed elements that might confuse beginners.

With this release, we are introducing the SuperX AppStore, an in-house developed application management system. The AppStore is inspired by great work done by many teams, including, but not limited to, Deepin AppStore, GNOME Software, Plasma Discover, Linux Mint Software Manager, etc. 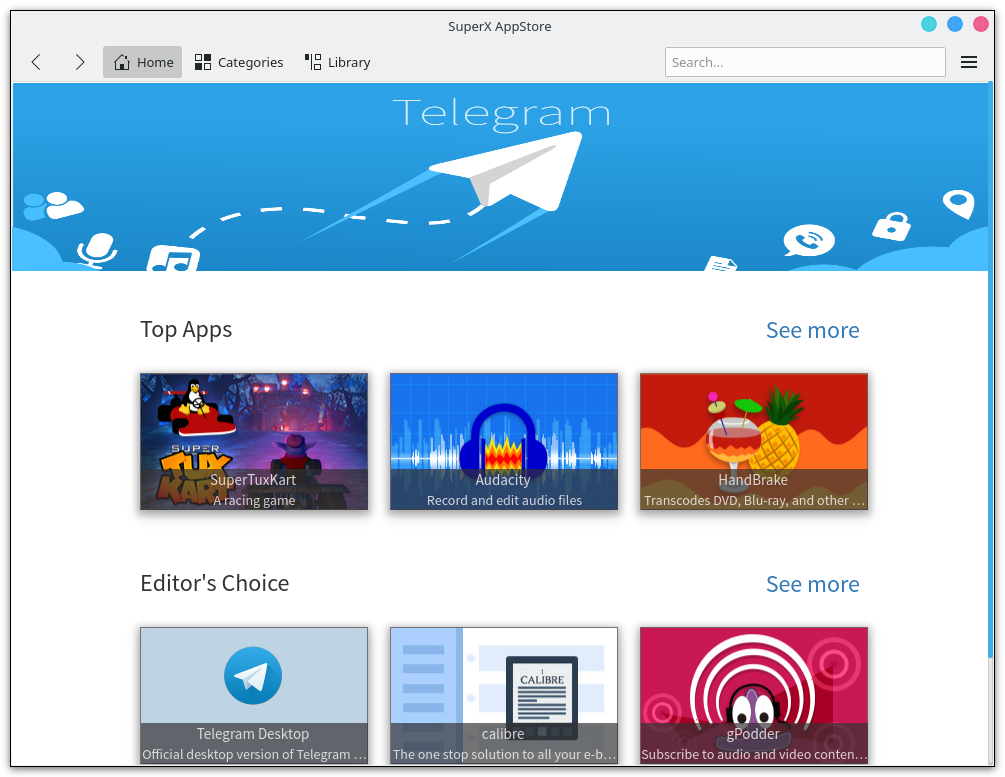 The AppStore is far from perfect and can be considered buggy at times. However, we have decided to include it, as we see it as a much larger step towards making SuperX a complete operating system. We will improve it over time with gradual updates. We’d like the community to help us with our efforts of making a beautiful and functional AppStore by giving us valuable feedback, and contribute towards its development.

Lamarr is based on KDE Neon. As with our upstream, we will also be following the semi-rolling update model, however, in a much slower and predictable pace ensuring a smooth and stable update every time. Updates will be pushed to the stable repository 28th of every month with exceptions for critical bug fixes and security updates.

As part of being a semi-rolling release, apart from delivering high-quality and tested KDE software, we will also continuously develop and deliver updates to in-house developed tools and packages during the life-cycle of SuperX 5.0. Users can expect many new features and updates during the course of their use of SuperX. We will make sure that everything is properly tested before reaching the user.

Since SuperX 5.0 uses a rolling-release system to deliver software updates, it is very important that a user keeps an up-to-date system for the best stability. However, as many of our users are new to Linux, and may be unfamiliar with the concepts of a rolling distribution, we decided to keep the system always updated by auto-downloading the updates while the system is powered on and installing them during system startup. Installing updates during startup ensures that no sessions break while a user is using the computer. 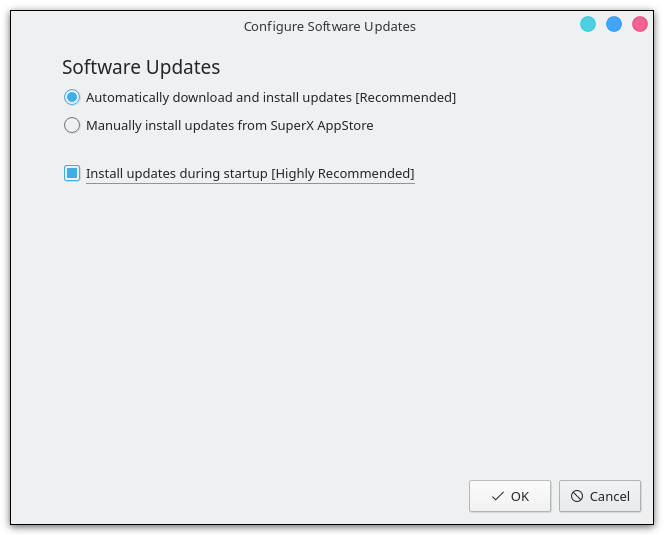 This behavior is entirely configurable, and users may turn off automatic updates from Software Updates module in the Control Panel. Users can also use command-line utilities like pkcon to update their system.

We’ve worked to integrate many useful tools from popular Linux distributions in SuperX 5.0.

SuperX 5.0 includes a forked version of Software Sources borrowed from Linux Mint, modified to work with SuperX and well-integrated with the rest of the KDE look and feel. The Software Sources in SuperX integrates well with other Qt applications in SuperX, such as Muon Package Manager and the SuperX AppStore. 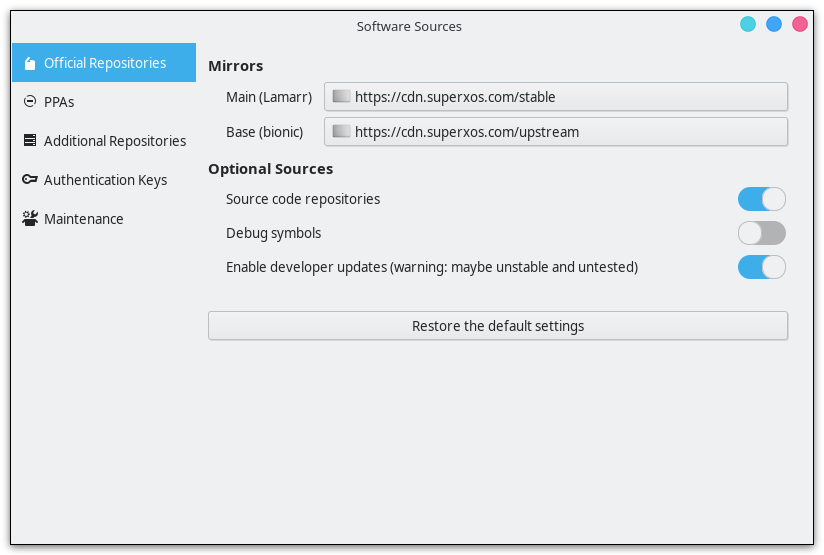 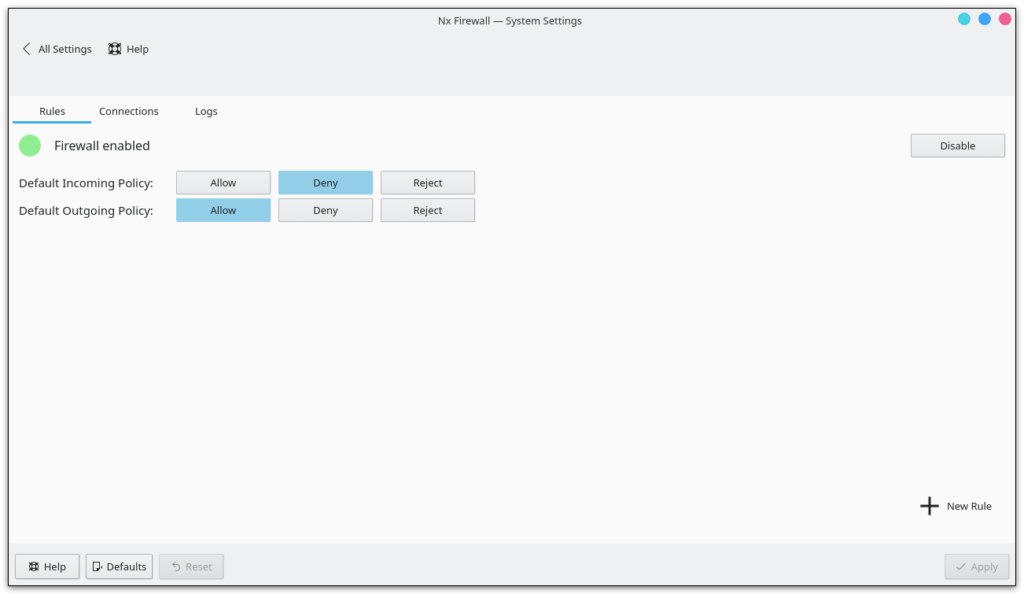 Since we focus a lot on Qt technologies, tools designed using toolkits other than Qt will be replaced over time with tools developed in-house.

Highlights of software components in SuperX 5.0:

Already in  the wild

Although we’re releasing SuperX 5.0 to the public today, it is already in the wild with thousands of satisfied users. We have worked with OEM partners, both HP and Lenovo, to deliver approximately twenty-one thousand laptops this year under ARBAS 2018, an initiative by Government of Assam, to award laptops to meritorious students with noticeable achievement in their high-school leaving examination.

Support for SuperX 5.0 is available via SuperX Community at our forum and our Facebook group. Users are also welcomed to contribute content to our wiki.

SuperX 5.0 will be supported by regular software updates and bug fixes, until April 2023.

We all make mistakes, and we try to learn from them and move forward. With SuperX 5.0, we have incorporated many things we learned from previous releases. We will need your support and feedback to improve SuperX.

We feel that the SuperX AppStore can be something far greater than what it is now, and we shall continue to work on it to make application delivery as simple as possible, not only for the user but also for developers to publish applications. We plan to continue working on the AppStore and other components during the life-cycle of this release and bring those improvements to the user as part of regular updates.

Many of our old-time users might be wondering why Lamarr is numbered 5.0 while Grace was numbered 3.0. We decided to number Lamarr as 5.0, as it has been a release after many years; which means we had many unreleased builds internally made, SuperX 4.0 was one such unreleased build. SuperX 5.0 is also the first release to ship with Plasma 5, again making use of the number 5 very justified.

Special thanks go out to all our contributors, programmers, and artists who worked on Lamarr for many days to make this release possible and to the KDE Project and other open source projects whose code, artwork, etc. are included in SuperX.