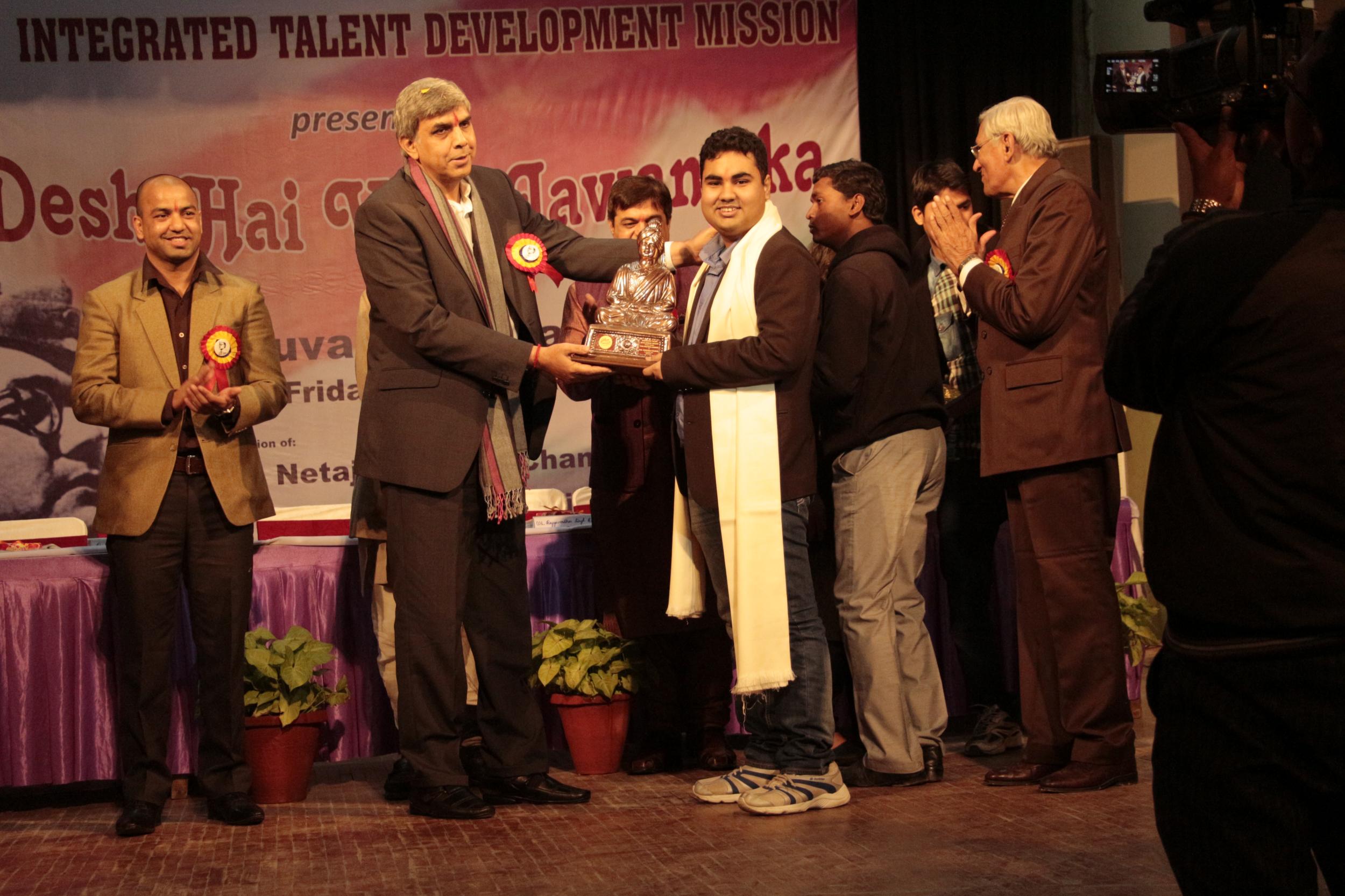 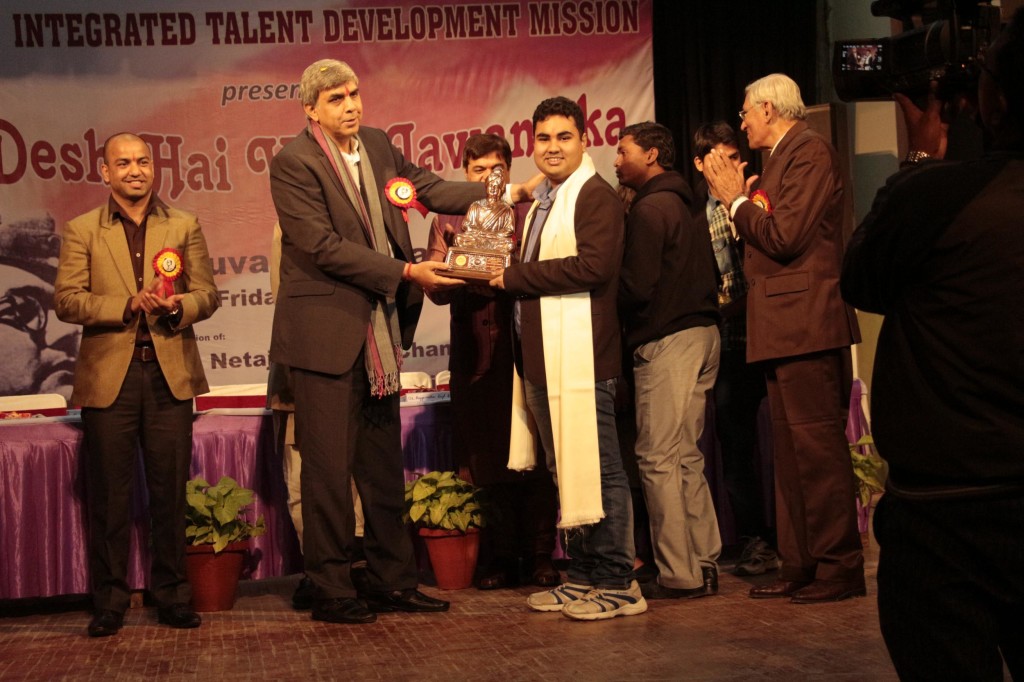 The event took place in the North Block of Delhi University. The chief guest of the award ceremony was Union Minister of State for Information and Broadcasting, and former Olympian shooter for India, Rajyavardhan Singh Rathore. Other dignified personalities who were present in the event were, Prof. Dinesh Singh, Vice Chancellor of Delhi University, Olympics award winning Indian boxer Akhil Kumar and many noted personalities from education, politics, sports, literature and other fields. 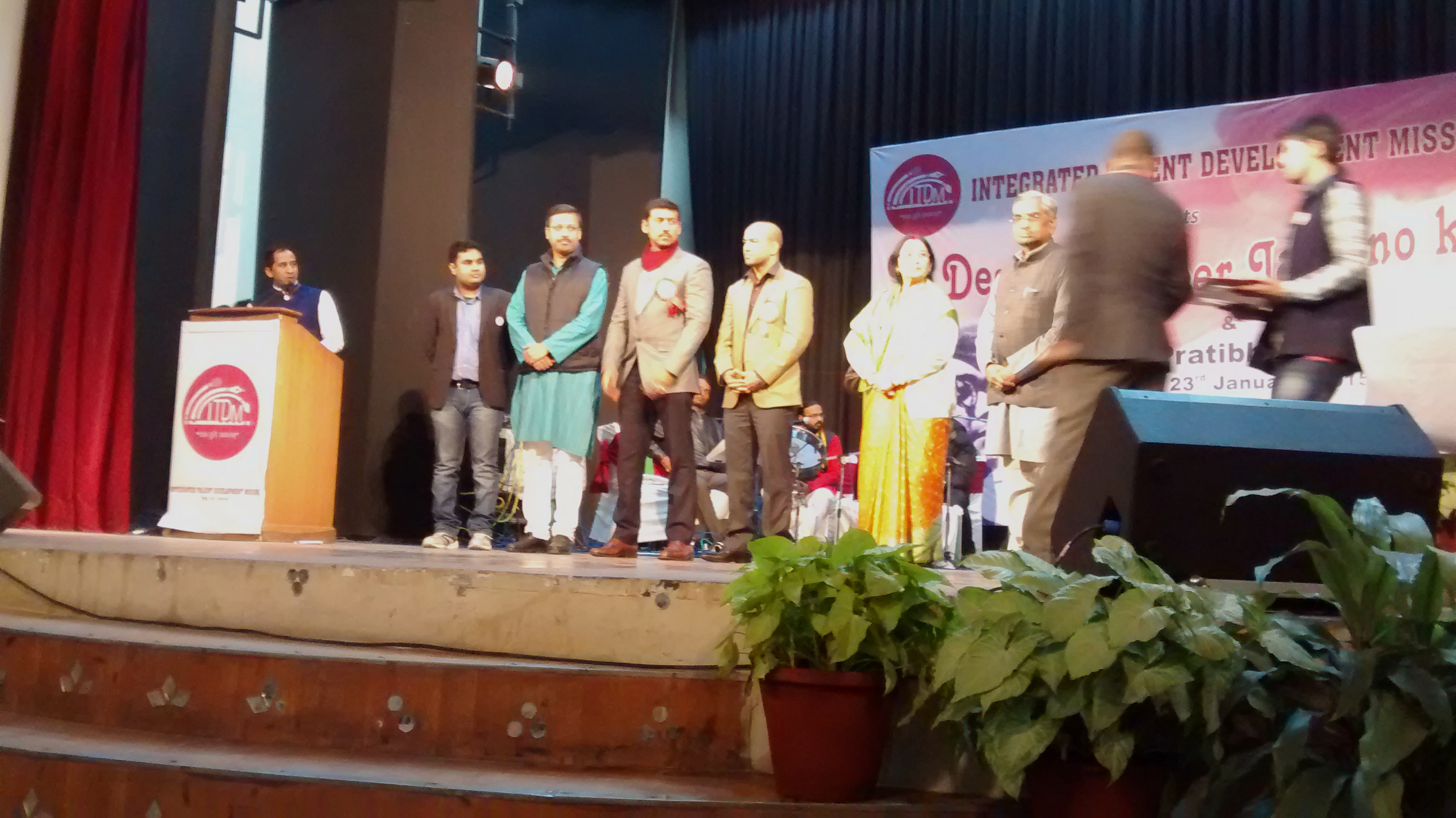 Wrishiraj, along with Rajyavardhan Singh Rathore, Minister of State, Information and Broadcasting, Government of India and other notable guests present in the event.

The event was reported by many news papers and news channels in India, in many languages, across the country. In Assam, the home-state of Wrishiraj, the news came in the front page of many local news papers.

It is a rare scene that an open source developer gets such a big reception in the mainstream media. Thank you ITDM for coming up with a platform to showcase talent across the nation, and thank you even more for choosing us for the award.